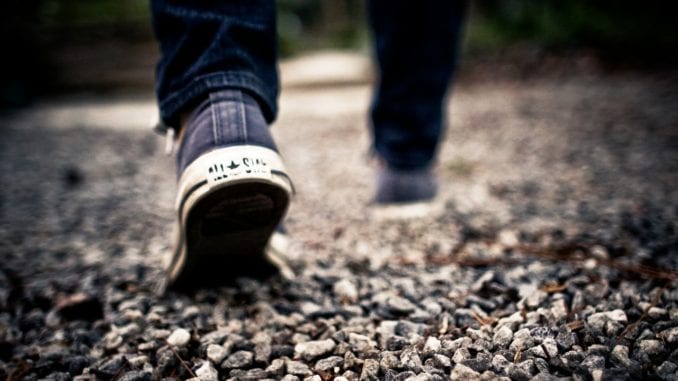 If you are like a lot of people, finding time to exercise can be a real chore. This point is particularly true if you are a parent, hold a full-time job or are in school.

But what if I told you that by swapping out thirty minutes of couch time with physical activity might extend your life?

Well, according to a new line of research put out by the American Cancer Society (ACS), people who engage in some form of moderate- to vigorous-intensity physical activity (MVPA) each day can cut their chances of premature death by almost half.

Not into lifting weights or running on a treadmill? That’s OK. This same study suggests getting off the couch and doing something easy – like taking a walk – may help to prolong your life by 14%.

The study was published in the American Journal of Preventive Medicine.

The data-sets for the study extended over a 14-year period. What scientists discovered was interesting; people who were the least physically active and replaced their usual sitting time with 30 minutes a day of light physical activity saw a 14% reduction in early death.

And the news gets better.

When normally sedentary folks engaged in thirty minutes of MVPA, their risk of dying early dropped by 45%.

“The study is interesting and confirms much of what we already know intuitively. It’s important to get up and move each day. When people hear the term ‘physical activity’ they often think of heavy-duty exercise. But that’s really a misnomer.

Physical activity can be a brisk walk around your neighborhood or getting on a piece of cardio equipment, like an elliptical machine, and doing something at a low speed.

Sadly, a lot of people wait until serious health problems arise before creating change. So, why wait for something bad to happen when you can prevent problems now?” Smith asks.

While the numbers are somewhat scattered, the Centers for Disease Control and Prevention suggest that approximately 60% of Americans do not engage in enough physical activity. Worse, an estimated 25% of Americans are not active at all.

The authors of the study shared the following in a press release: “These findings suggest that the replacement of modest amounts of sitting time with even light physical activity may have the potential to reduce the risk of premature death among less active adults.”

Well, as the old saying goes, there’s no time like the present. What would it be like to move your body (today) for thirty minutes?

Doing so might extend your life – so why procrastinate?