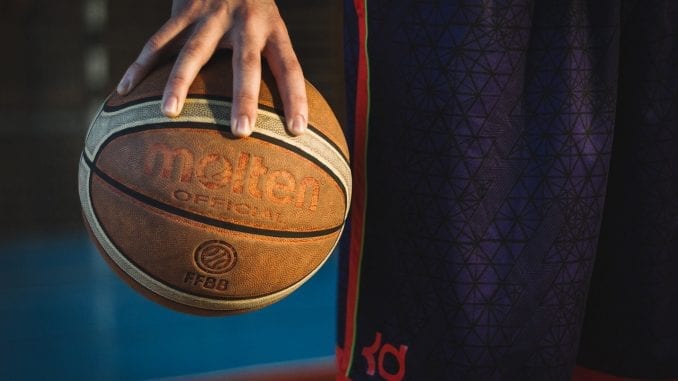 The global pandemic has put the brakes on most of the wide world of sports, but the NBA is determined to award a trophy this year. So, the ESPN Wide World of Sports Complex in Orlando, Florida has become the new home of the NBA. It’s a massive sporting complex in the middle of Disney World, but the so-called NBA Bubble is starting to slowly burst.

The NBA Bubble was designed to keep players in and the coronavirus out, but that bubble is starting to leak as players escape for naughty diversions in the outside world. What’s a night out at a strip club going to hurt? Or a late-night mission for chicken wings?

Well, sports fans are hoping that the bubble doesn’t burst, and the NBA can still finish the 2020 season.

Honestly, this isn’t the wackiest idea for professional sports during the pandemic. The UFC introduced “Fight Island” earlier this year to properly isolate mixed martial artists who were competing in their scheduled bouts.

The NBA Bubble isn’t quite as dramatic as Fight Island, but things could get dicey if officials aren’t careful. The NBA simply brought 22 teams, their players and staff to Orlando to compete in the 2020 NBA playoffs. The teams are housed in resort hotels and compete in games at the Walt Disney World Resort.

Related: Lebron James is Getting Dragged for His Flirty Squat Vid

COVID-19 Regulations for the NBA Bubble

Fans aren’t allowed to watch the matches on site. So, nobody’s gonna leap out of their seat and shout when Lebron scores a massive dunk. He’ll just have to use his imagination.

There is a 100 page document that details all of the security and safety protocols that need to exist in order for the NBA to hold a playoff event. It’s doubtful that the players will read the entire document, but they were successful in making it through an abridged regular season without that many hiccups along the way.

It started with everyone going into the bubble needing two consecutive negative test results. Then, there was a 48 hour period of initial isolation for each person. Further testing is ongoing and anyone with a positive test result will be placed back in isolation.

That period of isolation will garner even more testing, but what about the games? Although the rules are a bit sketchy on how many positive test results send a player home, it will be interesting to track testing results right alongside game statistics like assists and rebounds.

On paper, the NBA bubble seems like a good idea. Bring in all the players and referees and let them play. Officials test all the participants and isolate them so that they don’t spread the Covid-19 virus. The only problem is that’s a large amount of people to test and isolate. The concept is relatively simple. The execution is clutch.

Everyone isn’t onboard with the Disney NBA bubble though. Quite a few NBA players opted out of the league’s alternate version of NBA reality. Victor Oladipo from the Pacers, Spencer Dinwiddie of the Nets, and Willie Cauley-Stein of the Mavericks are just a few of the players who won’t participate in this year’s playoffs.

Entire team rosters can leave the bubble if they lose games, but the last two teams in contention will stay in Orlando until mid or late October. It’s doubtful that this will turn into a low budget horror film plot, but that’s quite a lot of time in isolation. There will be complications along the way.

There’s another small detail that is sure to raise eyebrows. The teams are being housed in 3 different hotels. Yet, the quality of the hotels that were chosen for each team were determined by their league standing. The top winning teams were placed in the most luxurious hotels. What’s up with that?

The top four seeded teams got better accommodations, but nobody should be able to complain. It’s Walt Disney World, not Fight Island. Everyone involved in the NBA bubble will have access to all of the amenities like golf courses, private dining and swimming pools.

Here’s How Games Work in the NBA Bubble

There are three arenas at the ESPN complex where games will be held. The stands will be largely left empty. Only some inactive roster players, team executives and select members of the media can attend games. They will all have to be from inside the NBA bubble.

The condensed regular season took place inside the bubble between July 30th and August 14th. The NBA draft lottery will take place on the 20th of August. The playoffs officially begin between August 17th and last until the finals on October 12th. One team is sure to win one of the strangest seasons of NBA sporting history.

Players are still competitive about this season title, even though it will be quite special. In an interview with Sports Illustrated, Kawhi Leonard had this to say –

“This is just the layout of this year,” Leonard said. “Just pretty much stay focused. It's not like a regular NBA season. Nobody's life is pretty much how they planned it to be at this point with the pandemic.”

Leonard went on to say that “Everybody is happy that a championship will be crowned this year, and if that's the 2020 championship, then we want it.”

Related: Where to Stream Past NFL, MLB and NBA Games Free

Here’s How it All Falls Apart

Presently, only the players and a standard complement of supporting staff personnel can enter the NBA bubble in Orlando. However, as teams get eliminated from the competition, they’ll be permitted to invite guests. What could go wrong?

Each team will get a certain allocation of hotel rooms for their guests during the playoffs. These guests will be family and friends (non-players) who’ll come into the bubble from the outside world. Undoubtedly, testing will need to be vigilant, but basic human behavior and error just begs for a snag in this system.

Players are also allowed to leave the NBA bubble for emergencies, but some of the players are already violating the strict protocol by popping out for strip club parties and their favorite chicken wing takeout.

There’s a hotline for reporting infractions to the NBA Bubble system, but it seems like everyone is taking the whole situation like one big joke. It is a far-fetched concept for a playoff season, but surely there’s a Hollywood movie producer somewhere who’s salivating.

What do you think? Will the NBA Bubble last all the way to the finals? And who do you think will win?