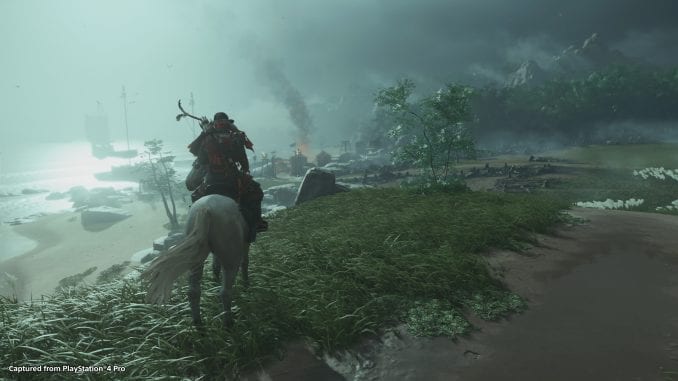 Ghosts of Tsushima – A Closer Look

One of the most highly anticipated games of 2020 has just recently touched down and we’ve got a detailed review for our readers. Ghosts of Tsushima is the latest open world adventure video game from Sucker Punch.

With cinematic ambiance that could rival any Hollywood genre film, this game grips you right from the opening credits. For this review, I played the game on the Playstation 4 console and I’ll try to go over some of the main highlights and drawbacks of the game without spoiling it for potential players.

Related: The Xbox Series X and Playstation 5 Things We Know

To give you an idea of the cinematic scope of the open-world gameplay and an introduction to the story, check out this game trailer:

First, let’s talk for a moment about samurai stealth games and the need that has been left vacant for years. I remember playing a game called Tenchu: Stealth Assassins several years ago and simply adoring the way that you could use stealth ninja moves to take down opponents. I couldn’t get enough of that game. The first Tenchu game in the series even let you customize and build your own levels.

The game was all about being the ultimate stealth ninja. I’d hangout on dark rooftops for tense moments trying to stick to the shadows before throwing a poison cake to the ground in front of a couple of guards, watching them kneel down to pick it up before I leapt off the rooftop to slice them both open and recover my poison cake before they even took a single bite. It was magical.

There were other stealth tactical games like Assassin’s Creed, Splinter Cell, and Hitman but none of them came close to that feeling of authenticity that I got from playing Tenchu. It turns out that I wasn’t the only one who felt that way. I’ve heard these sentiments echoed by so many of my fellow gamers.

That put a lot of pressure on Sucker Punch to develop a game that upheld the authenticity and satisfaction of Tenchu: Stealth Assassins while pushing the genre forward. Well, they did it in exemplary fashion with Ghosts of Tsushima.

The game is set in 13th century Japan during the first invasion of the Mongols. You take on the persona of Jin Sakai, a samurai warrior who must learn to fight outside of the samurai code to defeat a new evolution of enemies.

This is based on true historical events that took place in Japan. So, this isn’t just an action/adventure role playing game; it’s a bit of a history lesson, as well. By the way, the role of Jin Sakai is played by Daisuke Tsuji. You might recognize him from The Man in The High Castle.

As you play the game, you’ll instantly be rewarded by the gorgeous landscape. The way that fabric moves and foliage flutters in the breeze – you can almost feel it. Add to that the challenges of the fighting mechanics, an engaging personal struggle of the protagonist, and the freedom of open world game play and you’ve got one of the best video games ever created.

I must admit that I was super hyped to begin this game and I got into it like I was watching a film. That’s not an accident because you can tell that the creators of this game were heavily influenced by old samurai films by Akira Kurosawa. There’s even a black and white Kurosawa mode, but I wasn’t a fan of it…too spot on.

It’s All About the Ambiance

I would recommend playing Ghosts of Tsushima with headphones or the very best sound output you have on hand. The sound fx and music production are a huge highlight to this game. The music is deeply orchestral with pulse pounding drums that build suspense just as much as any onscreen visual conflict.

The sound fx are immersive and while you’re fighting a pack of enemies, you can hear the sound of their feet shuffling and tell that it was the guy behind you that shot the arrows and not in front of you. That adds to the game’s immersive qualities in such a subtle way. To play this game without sound would be a disservice to yourself.

How is the Fighting?

Sucker Punch had to get the mechanics of the fighting system just right because that’s where so many other games have faltered. As a brief student of kenjutsu and someone who’s read books like Miyamoto Musashi’s Book of Five Rings, I can tell you that this game really captures the techniques of true samurai fighting.

Related: Is the Complete Book of 5 Rings by Musashi Worth Reading?

One of the most evident forms of this elegant fighting form is seen in this game’s use of stances. In kenjutsu, a fighter’s stance is all important. When you evaluate your opponent, you look at his stance, the way his feet and hips are positioned and the way he holds his sword.

Ghosts of Tsushima has this in the game. You can fight in different stances and each stance has different fighting mechanics. It takes some getting used to, but you feel personally rewarded as you learn some aspects of true kenjutsu technique.

From a gamer’s perspective, the fighting mechanics is like a mix between Batman: Arkham Asylum and Assassins Creed. You can bounce back and forth between opponents during combat and slow down the action if you want.

You can manage to not get killed by pressing the right combination of light and heavy attacks with some dodging and blocking sprinkled in. What I love most about the combat system is that you can get seriously technical about it, too.

As you advance in the game you get new weapons and new ways to attack. It’s like your character is learning how to fight better along with you in an organic way. Once you get a grip of advanced combat, you can really start to flow with it and take down multiple opponents with style and grace.

One of the only drawbacks to the fighting was the fact that I’d find myself waiting to get through the story cut scenes just so that I could do more fighting. Actually, that’s terrible because the cut scenes and the story are awesome, too. It’s like being pissed off that you’re drinking chocolate milk while you wait to open the wrapper on another chocolate candy bar.

The fighter progression isn’t based on points or XP stats like other fighting games. You don’t need to hack through ten guys to get more points. You need to actually improve your skills and level up your warrior. It feels much more natural.

The stealth fighting of this game does follow in Tenchu Stealth Assassins’ footprints. In fact, it’s almost exactly the same. On my first stealth mission that made me break out into sweats of nervous excitement.

However, I expected Ghosts of Tsushima to expand on the stealth fighting mechanics from Tenchu, not just mimic it. GOT’s stealth fighting is a carbon copy without much innovation. I guess they thought – if it ain’t broke, don’t fix it.

Unfortunately, they forgot to fix some of the problems from Tenchu that diehard fans just politely ignored. The AI characters, the NPCs, just seem to mill about in very predictable patterns. Once you break the stealth aspect of the mission, the NPCs just run around and do dumb stuff. It gets annoying, especially after you’ve played open fighting scenarios that take your breath away.

How is the Open World Gameplay?

The open world gameplay was completely different from what I expected. There’s no annoying map or indicators covering up the view of the beautiful scenery. There are small flashing indicators that point you in the direction you should go for the next mission, but if you blink you might miss them.

There are side quests galore. You can go on small quests for more gear and upgrades. You can also go on character-driven side quests that fill in the story of GOT. There are also these really cool mythical quests. On these quests, you listen to a story that overlays a stunning animation. Then, you face off with legendary bosses.

The whole point of the side missions is to gain charms that you can use to customize the main character. Most of the time, you’re scouting camps and hunting down collectibles and secrets. You can eventually choose your play style based on these charms and collectibles.

Ghosts of Tsushima isn’t a perfect game; it has its flaws. The computer AI seems one dimensional in the stealth missions but rebounds tremendously during the melee style fights. The story itself is captivating even though the main character lacks depth and emotion.

The immersive quality of the feudal Japan open world environment can not be overstated. It’s a visual masterpiece and my 3-year-old son enjoys just watching me play. That’s a huge boost in my book because it takes about 50 hours to complete the campaign.

I’d recommend this game to anybody who might enjoy games like Batman and Assassin’s Creed. If you love samurais and ninjas and always wanted to know what it would be like to become one, then this game will satisfy in so many ways.

Have you already played Ghosts of Tsushima? What did you think of this game? Let me know your thoughts in the comments and be sure to share this post with your friends on social media.