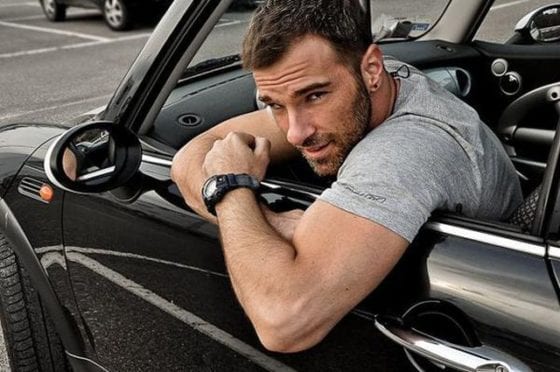 People have always said not to do your boss. I probably should have listened.

By: Mike in the Midwest

There’s no easy way to tell this kind of story so I’m just going to blurt it out. For the past year, I’ve been having sex with my boss.

It’s not like I planned any of this. Honestly, I didn’t. But for me to tell this story, I need to be completely honest.

My boss is ridiculously hot.

Without giving TMI, I’ll tell you that both of us work for a large industrial company in the Midwest. He’s 33 and I’m 35. Personally, I identify as gay and he … well, he doesn’t know WTF he is (but to the outside world, he’s straight).

His name is Nick* and he manages our work area. While not my direct manager, he oversees departmental operations, which basically means he’s the boss.

Here’s how it all started – for real.

Since being hired last year, I could tell Nick “liked” me. He wasn’t obvious about it and never said anything outright. But if you are gay, you just know when someone’s interested. Some folks call this gaydar (at least I do).

In the fall of last year, I found myself stranded in the company parking lot. To make a long story short, there was a problem my car’s ignition system; something that required a tow to the automotive shop.

After calling AAA and watching them haul away my vehicle, I was left trying to figure out how I would get home. It didn’t take long for that answer to arrive.

That’s because Nick pulled up and offered to give me a lift home. Later, I would find out that he had been watching from his office window.

“Jump in!” he said, with a grin. To this day, I still get worked up over his smile.

I could sit here and tell you that I should have said no and declined the offer. But the truth is, I didn’t. There’s no use is me trying to pretend otherwise.

In any event, during the 30 trek to my place, we made small talk. The usual crap – work related stuff and some personal details. It was then I learned Nick was married to a woman and that she worked for a company that required her to travel a lot.

“She’s out of town for the week and won’t be back until Sunday,” he casually said.

He already knew that I was gay – the entire company did. Not that I bragged about it or waved a rainbow flag. I just think it was just common knowledge. I’m not the only one. We have several men and women who are open.

Getting back on track – bear in mind that on this ride, there was a strong sexual vibe that was real and palatable. And that attraction only increased after he asked, “Are you seeing anyone?”

I explained no. In turn, he shared with me that his brother was gay and added, “Some of my best friends were [gay] in college. It’s cool.”

By the time we got to my apartment, the energy was off the chart. Call me a whore, stupid or both but I knew that if I invited him inside, something would happen.

And folks, that’s exactly what I did.

You want the real deal right? Here it is. We ended up messing around on my couch in the living room. We didn’t crack open beers to loosen up and we didn’t use pot to kill the anxiety.

If you’ve ever experienced a strong attraction to another guy and it was mutual, you already know you don’t need props to facilitate sex.

That first time didn’t last long – maybe 20 minutes. Some kissing, petting and eventually, oral. And it wasn’t one of those situations where I did him while he sat back and enjoyed. It was completely reciprocal.

Obviously, I knew he was married when I did it. And yes, I should have been a better person. But the truth is that’s not how it happened.

After that first incident, I did feel a tinge of guilt. At least I can claim a part of me felt remorse for doing a married guy who oh – by the way – happens to be my boss.

But that guilt hasn’t stopped me (us) from continuing the sexual relationship.

That’s because since that first apartment episode, we’ve been hooking up on an abandoned floor. What’s more, it’s never planned. It just happens.

Example: I could be walking down the hall and pass him up. We smile at one another, which I guess is “the signal”. I’ll pop open the stairwell door and walk down two flights to the empty office space.

Minutes later, he discretely follows. There, we go into an old conference room, lock the door and do our thing. You’d be surprised how fast two guys can get off in a 15-minute time span.

We’ve hooked up in other places, too.

Twice, he’s pulled up next to my vehicle at the end of the work day, rolled down his window and told me to follow him to the shipyards.

You see – the shipyards are where the company has storage space. Have you ever rented a container garage? It’s like that except on a much larger scale.

When we’ve done it there, we don’t feel rushed like we do at work. He’s never topped me or anything like that (I’m a top and wouldn’t anyway).

But we have spread out protective pads for furniture and done everything else, like 69, etc.

All of this brings us to the here and now. In recent weeks, it’s started to dawn on me that I may be in over my head. That’s because I’ve started to develop feelings for him.

Seriously, I have. Worse, they seem to be growing more intense.

Nick just does it for me. Between is scruffy face, hairy chest and bad boy vibe, he drives me nuts. There’s just something about him that I can’t explain.

Three weeks ago, during our last hookup, I swallowed him. He tried to pull away but wouldn’t let him.

My thinking was that if I couldn’t be with him, I could at least have him in me.

I just want to close by saying that everything we are doing is consensual. He’s not sexually harassing me. He also isn’t doing a quid pro quo thing.

My problem is I know where this is going. I’m going to end up getting hurt because in the end, he’s an emotionally unavailable man.

And maybe that’s part of my attraction to him? Perhaps there’s some part of me that is attracted to guys who are impossible? Nick isn’t “straight” but I don’t think he’s gay either. In the end, it really doesn’t matter.

One thing is for certain though – he’s supposed to be in a committed relationship. I’ve tried fooling myself into thinking he and his wife have an “open” marriage but I seriously doubt that.

From what I gather, they’ve only been hitched for a few years. His wife’s freaking picture is on his desk at work.

I wonder when he’s inside of her if he thinks of me? In turn, can she tell that her man is unloading somewhere else? Women always have a sixth sense. You know?

At some point, something is going to happen because this can’t go on forever. I should stop this. But I don’t want to. At least not right now.

By the way – I’ve reached a point where I don’t care if we get caught or if I get fired.