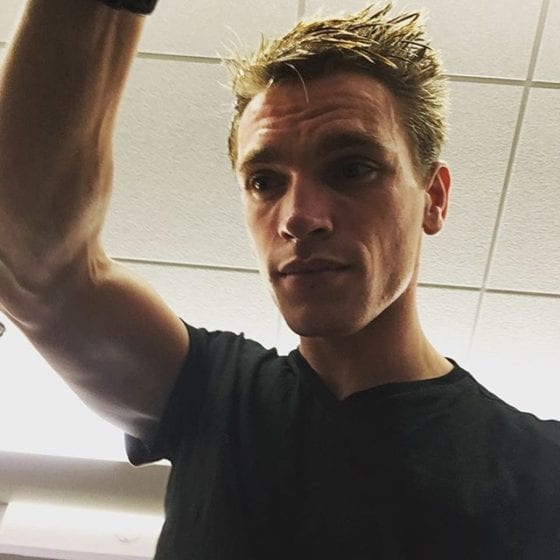 According to the New York Post, Nick Gruber went to court in Manhattan earlier this month. The former lover of fashion designer Calvin Klein was arrested on March 11 for second-degree assault and unlawful imprisonment charges.

Allegedly, Gruber and a friend named Brandon Steele, who’s also under trial, repeatedly hit a John Doe with a frying pan on September 3 of last year. This alleged attack broke multiple bones in the man’s back and almost cut off his ear. The two suspects then kept the unnamed man at an apartment despite his begging to be set free, according to the South Florida Gay News.

The 29-year-old could be facing up to seven years in prison if he is found guilty of the crime.

But this isn’t Gruber’s first alleged violent act. Gruber is being accused of also breaking into another apartment in the same building. He also allegedly stole a bag of methamphetamine and a package of clothing.

Gruber claims that he never broke into this second apartment. Instead, Gruber says he was subletting it from the woman on the lease. The building’s superintendent, however, says that Gruber never lived in the apartment.

This is just the latest in several crimes that Gruber has been accused of.

In 2013, Nick Gruber was involved in a bar fight at a Hamptons nightclub.

According to Artin Bey Archer, the Pink Elephant director of VIP relations, “It was a blood bath.”

“The [other] guy had blood all over his face,” said Archer to Page Six. “I saw him on the ground, and he was . . . taken away in an ambulance. Nick left before around six police cars arrived. Around 20 police officers started a full-scale manhunt . . . using [flashlights] to search through the bushes.”

Though Gruber later went to speak with East Hampton Police about the incident, he escaped punishment.

In addition, Gruber was convicted in 2012 for beating up another man in another New York apartment. Gruber brought the man to his Greenwich Street apartment after a night of partying. The two then got into a fight. It also didn’t help that cops later found cocaine inside Gruber’s pants.

For the most recent violent crime, which is still alleged, Gruber has gotten out on $5,000 bail and is due back in court on April 4th.